The city of Sheffield is an interesting one geographically speaking. It sits in a natural amphitheatre created by hills and rivers and is at the confluence of five rivers. The terrain ranges from about ten meters above sea level, to over five hundred meters above sea level. This can make for some pretty steep hills. On its western border is the Peak District National Park and about one third of the city is actually inside the National Parks borders. Sheffield is the only city in the U.K that has any National Park land within its borders. The city's other borders are Rotherham to the North and Derbyshire to the south.

For decades the steel industry boomed in Sheffield, and pollution went unchecked with the River Don laying claim to the title of being one of Europe's most polluted rivers. Sheffield showed great foresight by buying up land around the city to protect it as a greenbelt. In most places this type of conservation began in the 1960s or 1970s, but Sheffield's plan began in the 1930s. This of course was a great idea, but the root problems were not addressed until twenty to thirty years later, when pollution from steel mills and coal mines elevated Sheffield to one of the most polluted cities in Europe in the 1960s.

Sheffield city government and residents have worked hard to minimize this problem. Green areas, recycling, and other steps have been taken, but it's a tough problem to solve in a short period of time. Since the Industrial Revolution, Sheffield and most, if not all cities in the world have experienced air and groundwater pollution. A natural by product of progress, pollution has only been around on a large scale for less than a few hundred years.

Sheffield's air pollution was at its peak between 1940 and 1945. The war years saw huge demand for the steel produced here. At that time in history pollution was look at as a small scale inconvenience

Today breathing the NOx (oxides of nitrogen) in Sheffield is the equivalent to the amount you'd get smoking 27 cigarettes a day according to studies done by Calor LP Gas Company. Not nearly the worst in U.K, as Oxford holds that title. The five rivers that run through Sheffield also fell victim to pollution during the steel boom, the hardest hit being the Don River.

Turning this problem around in the past couple of decades has become a priority in the city. A program called 'Let's Sort it Out Sheffield', recycled 24,000 tons of waste in recent years. That amount is increasing at a rate of 3 % annually. Twelve percent of Sheffield residents now routinely recycle as compared to four percent only five years ago.

Sheffield Conservation Volunteers, Green Drinks, Green Fingers and other conservation groups have regular clean up projects and lobby for the environment. Sheffield now has 50 public parks and 150 woodlands, and is considered Europe's greenest city. Half of the citizens of Sheffield can be in open countryside within 15 minutes. The city has some two million trees or four for every man, woman, and child in the city. Sixty-one percent of the City of Sheffield is considered greenspace.

In the Entente Florale international competition, Sheffield was voted best in the cities and villages category. The contest judges municipalities on several criteria. Floral displays, environmental management, park management, greenspaces, regeneration, education and training, and neighbourhood renewal are some categories cities, towns, and villages are judged on.

Sheffield has a wide range of bird and animal species and is now working to protect them and the ecosystems they depend on for their very lives. Bald Eagles, Osprey, Cormorants, and other various ducks and geese can be found in the marshy areas around the city.

The climate in Sheffield is much like jokes about weather in London and all of England. Frequent rain and overcast weather make it cool and damp much of the time. Average temperatures range from 39F. to 60F, so the four seasons occur, but without a big difference. The changing climate from global warming is already a concern for the Sheffield City Council. They are currently working on plans to adapt to a changing climate by projecting how this phenomenon will affect Sheffield. The direct and indirect implications could be serious, and the council is aware of this according to a report from the Chief Executive's Directorate to environmental leaders, The Environmental Performance Working Party and the Head of Environmental and Regulatory Services. The report was titled, "Preparing for Climate Change", and while vague in actions to be taken, it looks like a good first step in preparing for the inevitable. 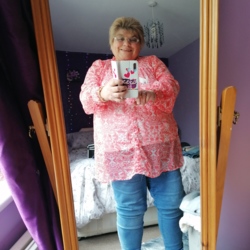 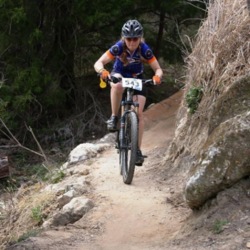 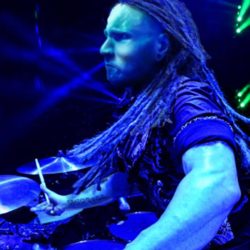