You would expect a city with a large university student population to have some dance clubs and other live music venues that cater to a young crowd. To say that about Sheffield is an extreme understatement. The vibrant live music scene in the city has been the soundtrack to life for citizens of Sheffield for over 30 years.

Past and present Sheffield musicians have enjoyed great success. Names from the not too distant past include Joe Cocker, Pulp's Jarvis Cocker, Def Leppard, The Human League to name a few. More recently the Arctic Monkeys, Pink Grease, and The Long Blonds are very popular in and outside of Sheffield. The live music venues, such as clubs, pubs, halls, and stadiums fill the air with music, and vibrate the cities streets with a baseline.

So many talented acts come from Sheffield that is seems an odd coincidence. Perhaps something in the water that helps vocal cords develop, not likely, but something has to explain the large volume of musicians coming out of this fairly small area. Well, it's not that big of a mystery.

It seems that in the early 1980s when the steel industry was on a down turn, someone on the Sheffield City Council heard about the big money involved in music. The multi-million dollar incomes of rock stars looked like an attractive way to bring a lot of money into the city. By 1982, a year that saw double-digit unemployment rates and 20,000 jobs lost, the City Council decided to do something about it by producing a few rock stars of their own.

It may not have occurred quite that way, but the fact is, the council got involved in the music business. They figured out that to have a great income producing music scene several things were needed. An infrastructure for the music industry was necessary, so the Council began funding projects related to music. A recording studio was needed to attract top acts and lot of live music venues were needed to showcase the local talent.

Red Tape Studios is a training site for Sheffield City Council. It offers training to people interested in careers in the music business. Band Development, Band and Artist management, Music Technology, Music Business Courses and even DJ training courses are available. Because these courses are part of a local government backed system, they are competitively priced and the program really helps promote the music scene in Sheffield.

Of course the City Council offers other training units. Aspiring caterers, (if there is such a thing) can train at Sheaf Training alongside aspiring construction workers and customer service representatives. Tritec Computer Training is the City Council's IT training ground and every city has at least one of these. The fact that the city recognizes and promotes popular music is just so surprising, and what's more exciting and surprising is how well it works.

That answers the question how one small area can produce so many talented musicians. Not really a mystery, it's more of a plan. Council backing is only a small part of the music scene however, and the venues that have been committed to growing the live music scene for the past twenty five or thirty years deserve much of the credit as well.

The Leadmill celebrated its silver anniversary in 2005, and has grown from a derelict flour mill in a rundown part of the city during the last stages of the steel industry's demise. Unemployment and hopelessness was the consensus among young people at the time. A group of volunteers, students, artists, and unemployed people, who described themselves as "insane but likable" came together to set up a centre for arts and music for people like themselves who had nowhere to go.

The Leadmill has grown into a landmark, and the live music has grown legendary. The opening in 1980 of what was a performing arts center with jazz, pop bands, theatre, education workshops, and club nights began a tradition of live music that venues the world over have tried to emulate. The "insane but likable" founders turned out to be visionaries, except when they turned down a strange young blonde girl for a gig in 1983 who turned out to be Madonna. But who would have thought a club where the toilets backed up onto the dance floor would do so well. It's not the bricks and mortar, but the bands and the experiences of the people who have been there time and time again that are memorable. The Leadmill is a launching pad for stars in the music business, and the place to see up and coming musicians in Sheffield.

The Leadmill is of course not the only famous live music venue in town, and is just one of the great live venues. There is a club in Sheffield for whatever your taste is. Live Music, DJ & MC stuff, techno, synthpop, indiepoppunk, and whatever other combinations of music are left over are represented somewhere in the city. Starting from a forward thinking city council and bright young people who love music, the city of Sheffield has been producing musicians like other cities produce butchers for the past 30 years. 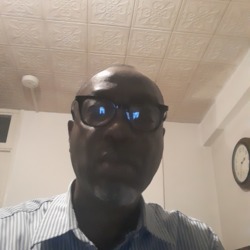 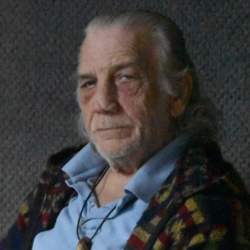 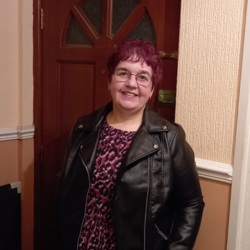